The golden temples of Sicily

Tururi Blog > Art and History > The golden temples of Sicily

Today we’ll spend a bit of time talking about the Greek period in Sicily. On the island there are still many ruins of magnificent temples, golden memories of a Greek era. Some archaeological sites are a must. Tururi recommends three of them!

The Valley of the Temples in Agrigento

In Agrigento there is the most important archaeological site in Sicily: the Valley of the Temples. The temples were once part of the ancient Greek city of Akragas, “the most beautiful city of mortals,” says the writer Pindar. Today the Valley of the Temples is part of the UNESCO world heritage, and we recommend to see it at least once in your life!

Particularly notable is the Temple of Hercules, the oldest and the second largest in the Valley of the Temples. It is said that this temple was as large as the Parthenon, the Acropolis in Athens. The temple was originally of 38 columns, but now only nine are left. Also visit the Temple of Concord and the Temple of Juno Lacinia, dedicated to Juno, the goddess of marriage and pregnancy. 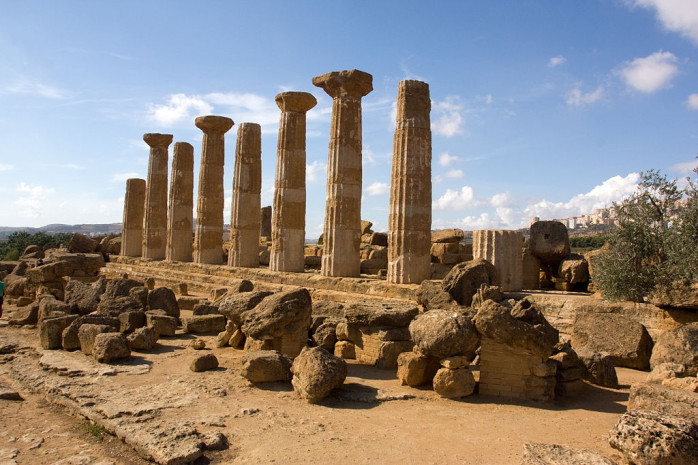 On the west side of the Valley of the Temples you can find the ruins of the Temple of Zeus, dedicated to the Greek god. The temple was over thirty meters high and the columns were five meters long and wide as a circle formed by twenty people around it. Also in the heart of the Valley you can find a big green area known as the Garden of Kolymbethra, a beautiful garden of lemon, orange and olive trees and the typical species of the Mediterranean.

For those interested in particular archaeological finds around the temples should also visit the Museo Archeologico Regionale. 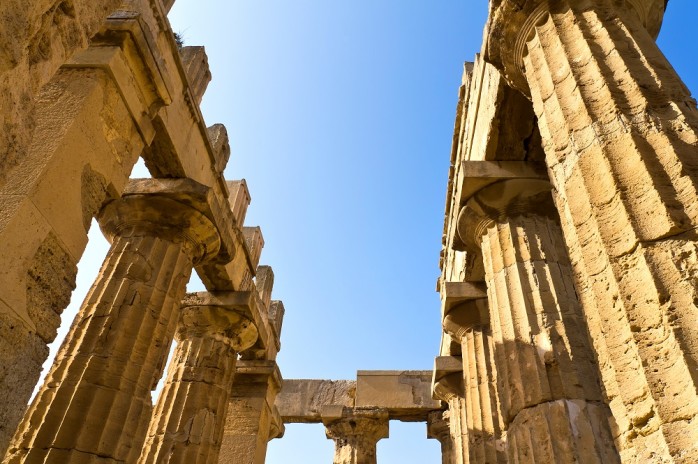 The temple of Hera in Selinunte

Selinunte is located in the Southwest of Sicily, once, one of the most important Greek colonies on the island. Enjoy a walk through the many temples, including the Temple of Hera, the best preserved and partly rebuilt between 1956 and 1959. Along your way you will pass through a garden where you will find many sarcophagi, vases and amphorae. You can also visit The House of the Traveller with the Antiquarian Museum, containing many archaeological finds.

One suggestion: a dozen kilometers northwest from Selinunte are the quarries of Cusa, the first material suppliers for the temples’ building. The stone, a compact and resistant tuff was extracted for more than 150 years, from the first half of the sixth century. BC. The works were interrupted due to the war between Selinunte and the Carthaginians, with the consequent destruction of the city of Selinunte and the abandonment of the quarries. This is just what makes the place unique, an area where the huge blocks of stone still lie half excavated. 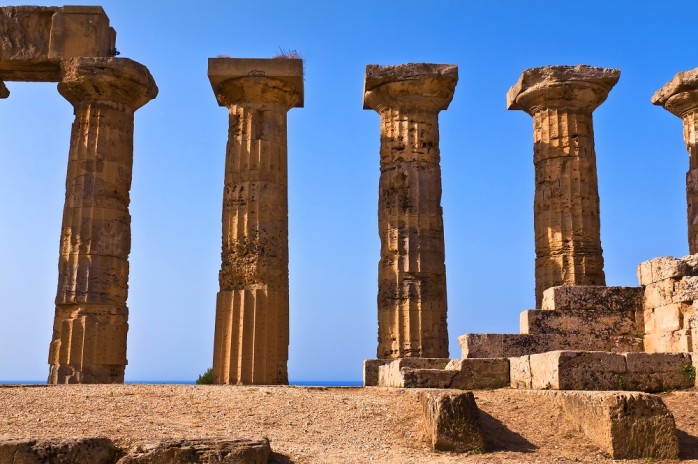 This impressive temple was built by the Greeks fled from Troy and the foundation stone was laid in the twelfth century BC. We do not know exactly how long it took them to build it, but it seems an incomplete work.

They also say that the temple was never thought to be a sanctuary, but only built as a way to strengthen the alliance with Athens. During the war against Selinunte, however, Segesta only recevied the aid of Carthage which intervened destroying Selinunte, thus affirming the Carthaginian domination. The work of the temple that was interrupted during the war, was never restarted because a typically Greek building during a Punic domination would no longer have any significance. So this explains why the temple is an incomplete work.

For other scholars instead, the temple was built exactly with these features from the non-Greek population who lived in Segesta and, within it, practiced their non-greek rituals. 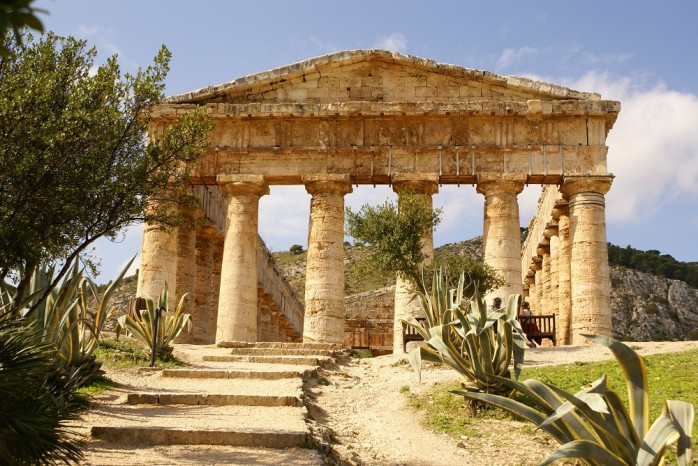 Not far from the temple you have to visit the ancient Roman theater of Segesta. With its 63 meters in diameter and twenty steps carved into the rock, it is one of the finest theaters of ancient times, with an audience capacity of 3200 people. The theater was built in the third century BC, in the Hellenistic period, but under Roman rule.

Today this beautiful “shell suspended in the air” is the stage of many classic shows and of the impressive albe segestane, i.e. poetry recitals at five in the morning which draw a large crowd of people eager to witness the amazing show of the rising sun. 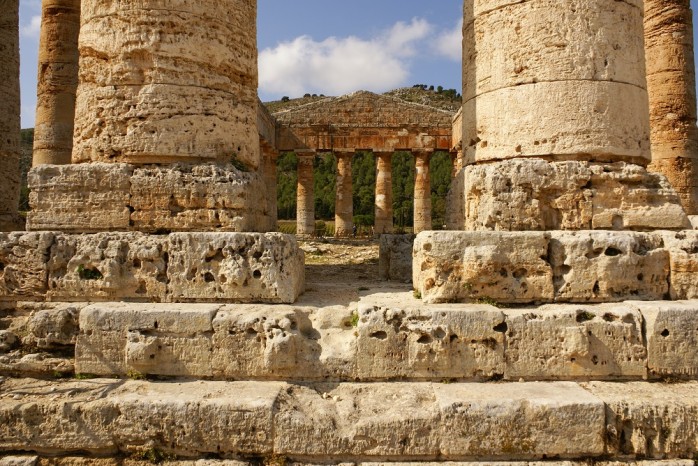 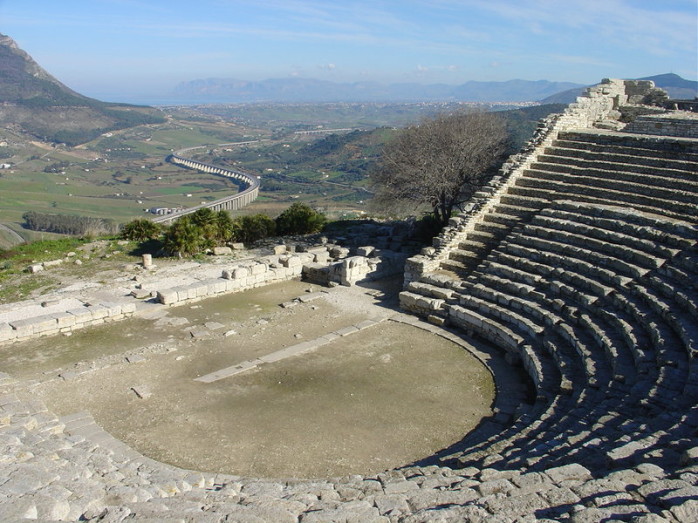